Can I fly with cannabis?

Can I fly with cannabis?

The holiday season is upon us and if you’re lucky, you likely have a trip lined up for a merry vacation. Maybe it’s a month-long jaunt to the Maldives (have an extra ticket?) or maybe it’s just a hop over the state line to prove to your mother you’re still alive. Either way, you’ll likely have run into the classic cannabis conundrum– should I fly with it?

It’s the latest legal limbo for cannabis, a common legal phenomenon that seems to follow cannabis like a shadow as different states accelerate towards progressive cannabis laws at different rates. First things first– cannabis is still, on a federal level, illegal. While that might change soon, until then, you’re still walking into federal jurisdiction when you pass through airport security or board a commercial flight and it’s still illegal to cross state lines with it. Regardless of your states’ laws, if you’re travelling from legal state to legal state or even if you’re only going to another city in the same legal state; you’re still entering federal jurisdiction and airspace. As stated by the TSA’s Instagram post however, they try to make it clear that while such is protocol, they are not actively looking for cannabis or infused products, so we know stopping you for it ranks relatively low on their priorities. TSA agents are still required to alert local authorities if they find cannabis during the security screening however, no matter your destination or flight plan.

So that’s the first wrinkle in what might otherwise be a simple “yes” or “no” to whether or not you can bring your goodies with you. If you are flagged and turned over to local law enforcement in Oregon, the following events will play out very differently than if you were flagged in say, Tennessee.

The most progressive of airport stances comes from LAX, the busiest origin and destination airport in the world, in arguably the biggest cannabis market in the world. Staying consistent with state law, LAX updated it’s rules to allow possession of up to 28.5 grams of flower or 8 grams of concentrate. They are quick to remind travelers however, that once you hit security, TSA still operates under federal jurisdiction. And like every other airport in the country, TSA is required to notify local authorities, LAXPD in this case. The good news, LAXPD has obstensibly said: if no crime has been committed, as is now the case due to LAX’s updated rules, no action is to be taken. That doesn’t mean you should consider buying up some farms and running a DIY export business out of LA just yet however, as cannabis smuggling arrests have still gone up 166% since 2016. This tells us that while LAX is possibly the best airport in the world to take off with your stash, law enforcement makes a clear distinction between personal possession and amounts large enough to imply an intent to distribute. 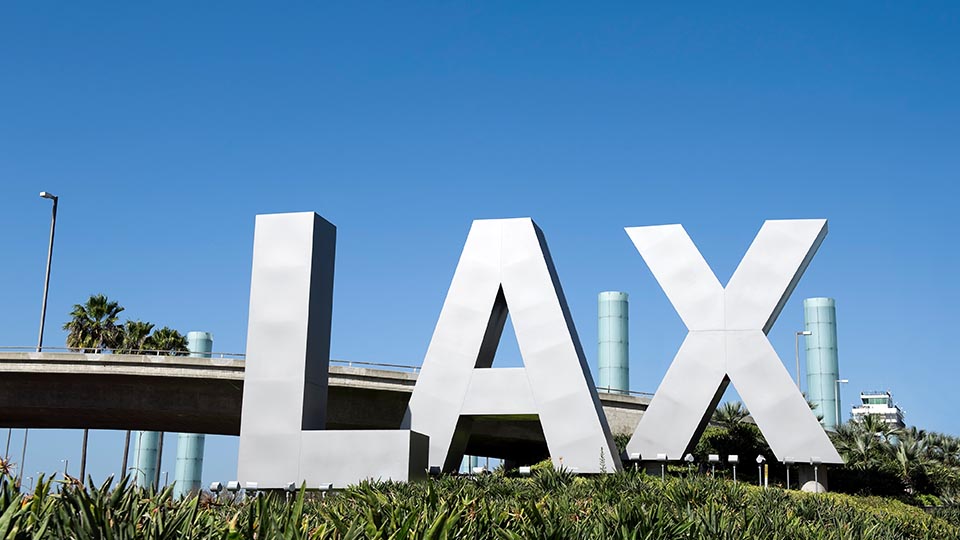 In the Bay Area, SFO has previously said there is no airport-specific policy, and that law enforcement won’t confiscate personal amounts, but might warn you if your intended destination might raise some issues. Similarly the Oakland Airport was actually the first airport in the country to allow medical cannabis back in 2008, and is anecdotally one of the friendlier airports when it comes to personal cannabis.

Portland and Seattle both allow you to bring cannabis to other cities in the same state but explicitly state recreational cannabis in not allowed to be taken into federal jurisdiction or across state lines. Though Nevada and Colorado have relatively progressive statewide cannabis laws, the Las Vegas and Denver airports are also relatively stricter on cannabis in airports due in part to their booming out-of-state cannabis tourism and proximity to more hardline states. Thankfully they do at least provide “amnesty boxes” that allow you to dispose of your products if you bring them along… accidentally.

As far as international travel, the stakes are generally much, much higher. Even Canada, the second country to federally allow cannabis and one of our closest neighbors has dedicated a whole webpage and video pleading with people not to attempt to cross, even from or to a legal state, with cannabis. On the other end of the spectrum, there are some countries that still have death penalties for cannabis trafficking. 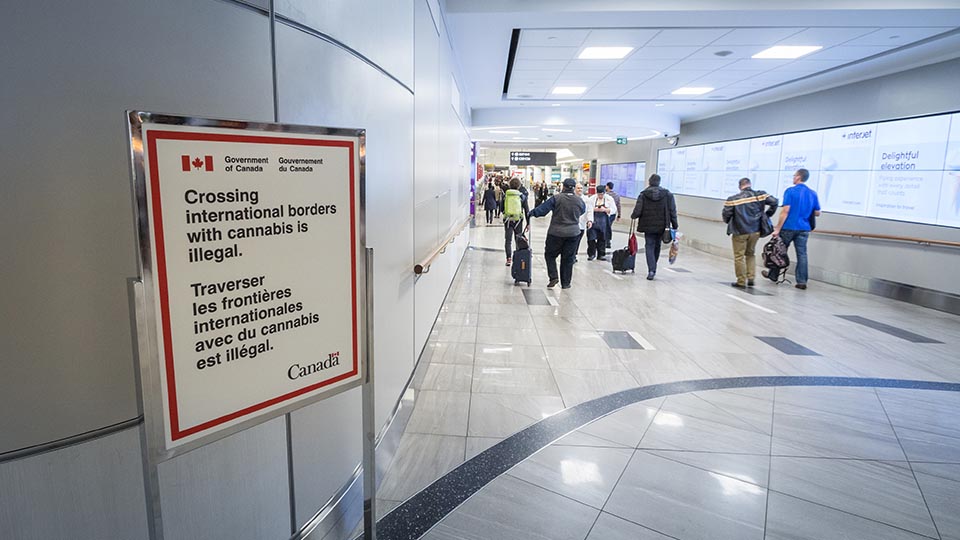 After all is said and done, air travel with cannabis is not 100% risk-free. However, given the TSA’s consistent deprioritization across the board, it’s probably somewhere in the 90% range given the proper precautions. We don’t encourage anyone to expose themselves to any unnecessary legal risk, but it does seem that many people make it through with no issues, provided you’re not smuggling felony amounts and it’s not immediately visible. Considering the logistics of air travel, where you’re really only screened when you board, flying out of an origin city in certain legal states presents the least risk. Landing in a destination city in a legal state is ideal, but there shouldn’t be any instance in which you’d be checked when you land, provided you don’t give law enforcement a reason to. If you land in a non-legal state of course, and you make it out of the airport, none of this protects you from the simple fact that you will be possessing cannabis in an illegal state, which will leave you legally exposed. Travelling internationally increases the risk tenfold, especially if the destination country screens arrivals, and may leave you at the mercy of a much less forgiving government.