Enhance the creative process with cannabis

Enhance the creative process with cannabis

Never before has creativity been so prized in work, in cooking, or in between the sheets. We live in a time where divergent thinking and a disruptive approach to life is applauded. Creativity signals that you’re entrepreneurial, and original. You’re innovative. You’re the opposite of staid.

So, with creativity universally agreed to be a quality we all want, the question is: how do we get more of the good stuff? The process can be slippery. While tapping into the creative reservoirs is as easy as sliding into a warm bath for some, for others, a blank page or canvas is an intimidating prospect. 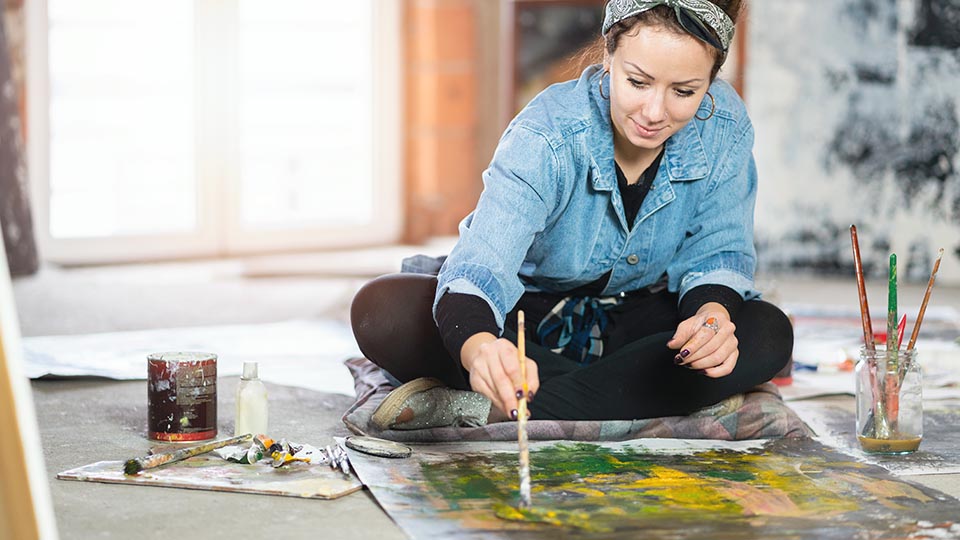 Enter the humble joint (or edible). It’s no secret that cannabis has been used to stoke creative fires since time immemorial. Maya Angelou, Willie Nelson, Steve Jobs, Lady Gaga, and astrophysicist Carl Sagan (a.k.a. Mr. X) have all acknowledged cannabis as paving a path to renewed perspective. For Angelou, cannabis provided access to a new way of seeing and being. “I learned new postures and developed new dreams. From a natural stiffness, I melted into a grinning tolerance,” she writes. Sagan reflects flippantly about epiphanies in the bathroom. “I can remember one occasion, taking a shower with my wife while high, in which I had an idea on the origins and invalidities of racism in terms of Gaussian distribution curves.”

So, weed’s creative power has been endorsed by bohemian thinkers, astrophysicists, and tech geniuses. But what does the science say? Research into cannabis and creativity is still a work in progress. There are a handful of theories, however, about how the two interact.

For starters, cannabis boosts blood flow to the brain’s frontal lobe, the region associated with creativity. Weed has also been found to significantly improve verbal fluency (great news for the aspiring poets out there). Another study suggests that cannabis is only helpful in stoking creativity among those who are not naturally creatively inclined. Other researchers have found that dosage really matters: potent hits of weed may actually impair divergent thinking. A little goes a long way.

At the end of the day, weed-smoking individuals around the globe are convinced that the plant does help to fill the proverbial blank canvas. For Heidi Keyes, founder of Puff Pass and Paint, cannabis and creativity have always been complementary.

“Cannabis has always been something that I’ve used, not only medically to help with stress and anxiety, but as something to help me relax and assist in my own creative process,” says Keyes, an artist based in Colorado. Keyes started Puff Pass and Paint in 2014, after a friend jokingly suggested she set up art classes with a twist.

“I had no idea it would take off the way it did, and we now have 13 locations around the U.S., with another starting in Puerto Rico soon,” Keyes says. Students partake in a two-hour class where they indulge their artsy side with the help of cannabis, and Keyes’ guidance.

“Puff Pass & Paint is all BYOC, so students can bring whatever they want to eat, smoke, and share,” Keyes comments. “Some people smoke a lot during class, some smoke a little, some pass joints, some don’t. We always remind you to start low, go slow… you don’t need to smoke everything that’s passed to you! It’s a judgment-free zone, with all levels of experience and skill, in both art and cannabis.”

Keyes believes cannabis helps release creative potential by encouraging people to chill out. “Weed helps people relax into themselves and enjoy the moment, instead of focusing on being perfect, or the end result.” If you’re keen to get acquainted with your muse at a Puff Pass and Paint class near you, check out Cannabis Tours.

For Dani Garner, a graphic designer and brand-identity specialist, cannabis infuses all aspects of her life with creative goodness. “Cannabis flips a switch where ideas just flow. No highdea is a bad idea — I just need to fine-tune it sober,” she laughs.

“Cannabis flips a switch where ideas just flow. No highdea is a bad idea”

Garner believes cannabis helps her fully embrace herself, which in turn allows her to access her creative potential. “I feel 1,000,000 percent me with cannabis. It takes all my anxiety, insecurity, and tosses it out the window. Words and actions are easier to process, and I am always quick for the wit or response to whatever situation I am in.”

For Garner, creativity is enhanced by not smoking too much. Her preferred method of accessing the muse is a glass bong. “I only smoke out of large glass artsy pipes,” she confides. “I’m not against joints; I just can’t roll.”

When it comes to strains, sativa is Garner’s go-to. “Green Crack is number one—that also aids in cleaning my house. Then XJ13 and Blue Dream,” she reflects. There you have it: cannabis is a plant that boosts creativity… and helps you clean your house.