Can CBD make you fail your drug test?

Can CBD make you fail your drug test?

Chances are, you’ve probably come across CBD by this point. Even though only 17 states in the U.S. have legalized cannabidiol (aka, CBD), most Americans have either heard of CBD, seen it in advertising, or come across it at a local gas station or their favorite makeup store. A lot of us already incorporate CBD into our daily lives—everything from CBD gummies to CBD lotion to CBD vape oil has been used to treat anxiety, pain, insomnia, and more. Moreover, the FDA recently approved its usage to treat seizures. While more studies on CBD still need to be done, it’s undeniable that it’s becoming the country’s supplement of choice. But some, especially those who may live in a state where CBD is not legalized, worry that CBD could get them in trouble.

Could CBD could show up in a drug test?

If you’re taking a drug test for whatever reason (work, check-up, post-rehab check-in, etc.), you might worry that CBD could show up in your drug test, since most tests screen for cannabis. However, it’s super unlikely that CBD would pop up, since drug tests are looking for THC metabolites, not CBD.

What’s the difference between THC and CBD?

The key is understanding the difference between CBD and THC. Cannabidiol (CBD) and tetrahydrocannabinol (THC) are both natural components found in cannabis. CBD is found in extractions from the hemp plant, while THC the primary psychoactive compound in cannabis that gives cannabis users a high. Unlike with THC, consuming CBD won’t get you high because it’s a nonpsychoactive compound.

With that said, it gets a little more complicated: There are different types of CBD, and some will contain trace amounts of THC. 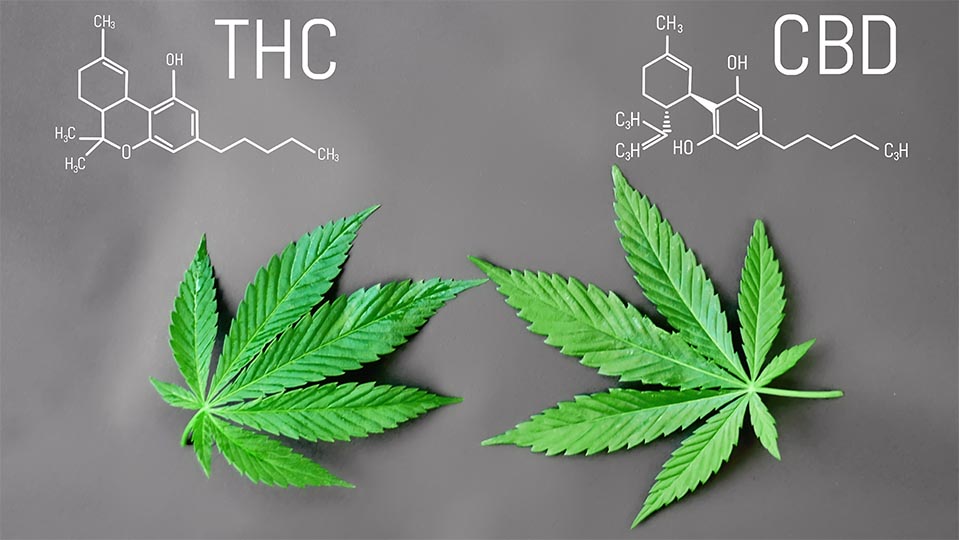 The difference between CBDs

If you’re consuming full-spectrum hemp-derived CBD, the product cannot legally contain more than .3 percent of THC, according to Healthline.

“Full-spectrum”or “whole plant CBD” just means it has all of the natural compounds it came with. It contains terpenes and other cannabinoids like CBG, CBN, THCV, and yes, super small amounts of THC.

There’s broad-spectrum CBD, which is similar to full-spectrum, in that the CBD products will still have compounds found in the cannabis plant (like terpenes), but all of the THC is taken out.

Lastly, there’s CBD isolate, which is pure CBD and sounds exactly like what you think it is: pure cannabidiol which doesn’t have any additional compounds found in the plant, including THC.

Buy okay. Say you consumed CBD which had trace amounts of THC in it. How much THC do you need in your system in order to test positive?

It depends on the type of drug test.

In a urine sample (which is the most common way people are drug tested), there needs to be at least 50 nanograms per milliliter to be detected. If it’s been over 15 days, then it’s unlikely for the test to find THC.

If you take a saliva test, there currently isn’t a set amount of THC you need in your system for it to pop up. With saliva tests, oral fluids can really only detect THC for about 72 hours after using it (unless you’ve consumed a lot of THC for a long period of time).

With a blood test (you’d really only get this done, say, if a police officer pulled you over for a possible DUI), the results show what’s currently in your system. According to Healthline, a THC blood concentration of 1,2, or 5 ng/mL (depending on which state you live in) shows “impairment,” while other states abide by zero-tolerance laws.

Lastly, with a hair sample, you’d need 1 picogram per milligram of THC in order for it to be detected—and THC can stay in your hair for about three months.

With all that said, if you know you have a drug test coming up, it’s best to play it safe. While the chances of CBD making you fail the test are super unlikely, there have been cases in which CBD consumers reportedly failed drug tests.

How can you prevent failing a drug test with CBD?

Do your best to make sure the CBD products you’re using are correctly labeled, and study the ingredients. Since most CBD products aren’t FDA-regulated, this gets tricky. If you want to completely stay away from THC, make sure you don’t purchase full-spectrum CBD. If you’re getting your CBD from a dispensary, you can ask the employees working there about the product. Unfortunately, since CBD isn’t regulated, there’s technically a chance the products you buy could contain more THC than advertised.

If you consume high doses of full-spectrum CBD, then there’s a risk you’ve built up enough THC in your system to fail a drug test. Be aware of the dosage of CBD you’re taking.

Is there a drug test that specifically tests for CBD?

Whoever is having you take the drug test would have to commission it. And since CBD can’t get you high, the likelihood of this happening is pretty low. According to Brenda Gannon, a toxicologist and lab director at Steep Hill Arkansas, specifically testing for CBD would mean “notifying the testing company that the employer would like to test for an additional analyte, paying the testing company an additional charge to cover expenses associated with CBD—such as having to purchase additional standards for detection and [slightly] modifying their existing standard operating procedures to include CBD.”

And according to Barry Sample, the director of science and technology for employer solutions at Quest Diagnostics, the lab (one of the biggest in the U.S.) doesn’t even offer CBD testing.

TLDR; CBD is super unlikely to show up in your drug test. But with anything that’s not regulated closely, you never 100 percent know—and if you’re consuming large amounts of CBD with THC in it, you run a small risk of the THC showing up in a test. If you’re unlucky and don’t pass your drug test due to the CBD you’re consuming, you can always try having a conversation with your employer.