Ever since the old glory days of Yosemite climbing — when Jim Bridwell, John Bachar, and the Stonemasters fought against Park Rangers on an early daily basis — climbing and cannabis have been hand in hand.

This may have been part of the mid-century cannabis cliche club (think surf bum, climbing bum, Deadheads and other hippies), but the fact that the Stonemasters stole hundreds of pounds of flower out of a Colombian plane that crashed in the high country didn’t help fight the stigma.

They smoked pretty often, and that certainly included while they were climbing El Capitan, Dawn Wall and all the granitic monoliths that made them famous.

But, despite the inherent dangers in climbing and the psychoactive effects of cannabis, the combination of the two doesn’t have to be lethal. In fact, if done appropriately and responsibly, climbing while using cannabis can be a liberating and productive endeavor. 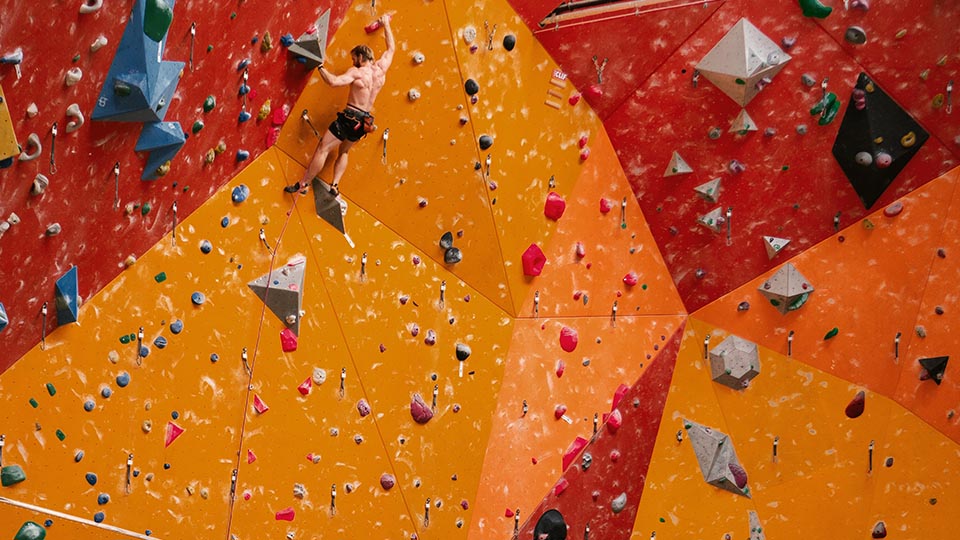 Microdosing is your friend

The key to using cannabis productively while at the crag, or even the gym, is moderation. Obviously, moderation has been (and should be) preached in regards to every substance. But, if you want to enjoy the benefits and still be productive and high-achieving, it’s tantamount.

Clearly, moderation means different things to different people. What you consider too much may be way too little for someone else. Additionally, when it comes to tolerance, the endocannabinoid system (ECS) is a picky beast.

The ECS functions more like a fingerprint than a stomach or a liver. It’s different for everyone and it doesn’t care how big you are or how many six packs you can put away. Your tolerance is exactly that, your tolerance and no one else’s.

So, before you start vaping ‘n’ belaying, make sure you know what your dosage is and what works for you. If anything, always adhere to caution and if you’re unsure, don’t try it until you are. 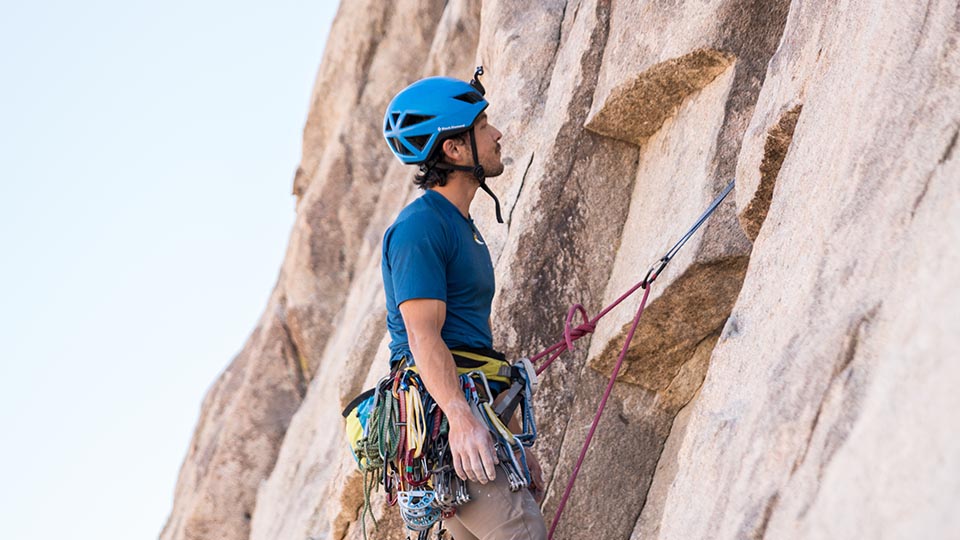 One of the main – if not the number one – reason why climbers don’t send their projects isn’t necessarily strength or endurance. But, rather mental walls.

Our anxious minds imagine that the gear won’t hold, the crash pad won’t catch, or the tiny crimp won’t stay. The feeling of being so exposed on the rock, feeling so small on the wall, the indifference of an ancient mountain – all these contribute to our inability to put physical strain over mental intention.

In order to be a better climber, you have to release your anxiety while miles outside of your comfort zone. Yet, one of the best ways to calm your nerves (or anxiety in general) is to use cannabis. 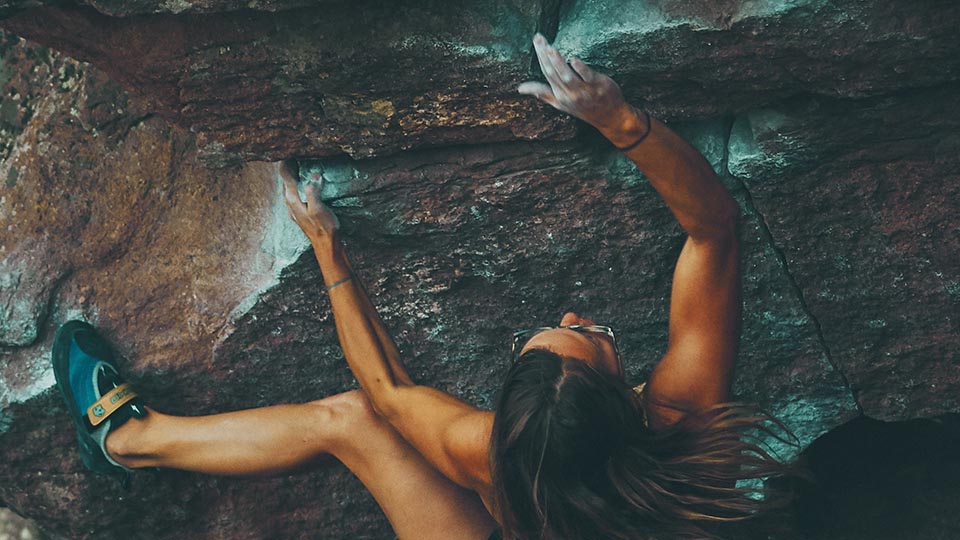 Some of you may be thinking that cannabis has the opposite effect on you, which it may. But, also consider that how you react to cannabis varies per strain, dosage, and method of ingestion.

Odds are cannabis itself doesn’t give you anxiety, but the certain cocktail of terpenes, milligrams, and whether you smoked it or ate it will.

One of the reasons why knowing your dosage and your relationship with cannabis is critical is because you’ll be able to pinpoint which method of ingestion, strain, dosage, and even brand helps you get into the right mindset to deal with the intimidating elements of rock climbing. 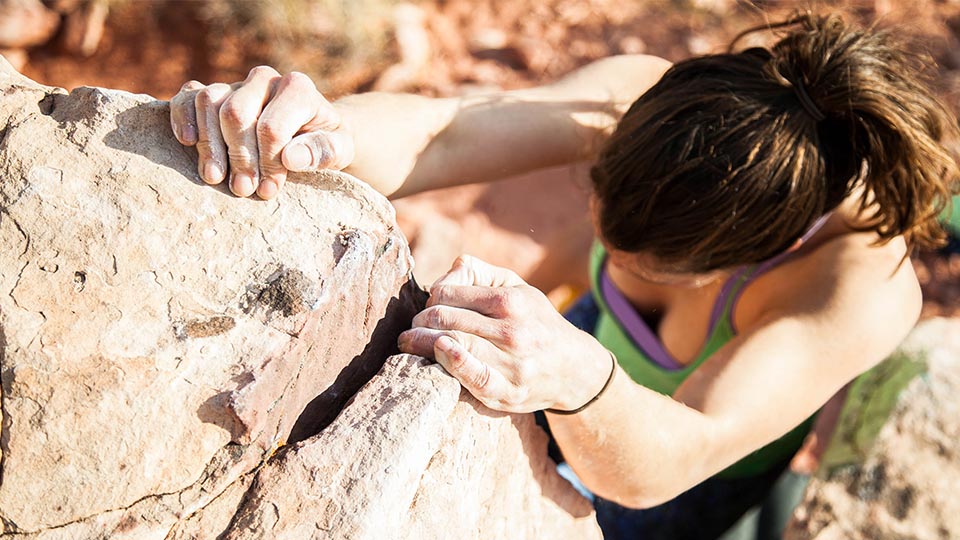 Getting so stoned you can’t regard the immensity of what you’re trying to do is not the solution. Let that be clear. Rather, it’s using the flower to help calm your nerves to the point where they’re not a distraction.

While “free your mind” may have decades of hippie connotation at this point, it’s hard not to quote it in this regard because it’s so close to the truth. Cannabis can help free your mind from the trapping that hold you back.

But that’s only if you’ve done your research and can micrdose correctly. Additionally, since California is constantly in a state of drought, we recommend using either vapes or edibles to do so. Keep Smokey the Bear happy, and send the project that’s been escaping you forever with this powerful plant.