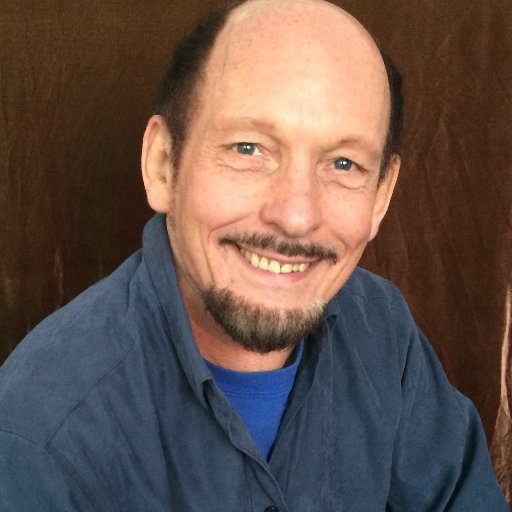 Cameron Stauth has published over 25 books, several of which have been national and international bestsellers. He’s written hundreds of magazine articles, the stories for two films, and served as editor-in-chief at three magazines, covering everything from sports analysis to the latest medical research. He recently released two new books: Sizing People Up and Code of Trust, which are now available in stores and online. Below, he shares his sports expertise and examines the relationship between the NBA and cannabis.

May 5, 2015: Basketball demigod Kevin Durant  – in his eighth season, with eight All-Star appearances – steps out of a club on the Sunset Strip, resplendent in pre-billionaire bling and ripped jeans, and opens the door of his SUV. Out pops a bottle full of fat, gold-frosted buds.  A companion of Durant, wearing a cop-magnet Bob Marley t-shirt, scoops up the vial of cannabis and sticks it in his pocket. KD barely glances at it, distancing himself from the once-criminal evidence.

In 2015, recreational cannabis use was still illegal in California, but legalities didn’t seem to be KD’s concern. The real problem was that the herb was just not cool with the powers that be: the Association, the Oklahoma City franchise, or the immense number of brands and sponsors who wanted to be associated with Kevin Durant, but not with cannabis.

Back then, with recreational marijuana legal in only a few states, cannabis was still highly suspect in most of the nation, and was miles away from enjoying any positive association with America’s highest echelon of culture heroes.

Cannabis was forbidden and denigrated even more in professional sports than in other glamour-zones, such as entertainment, partly because athletes have almost always led the pantheon of role models that kids follow. Also, if sports stars could achieve almost superhuman physical feats, didn’t that mean that cannabis must not be very debilitating?

Most politicians stuck with the governing hypocrisy of that time: Star athletes could not soar in their rare stratosphere of glory (and money: the proof of glory) if they “used drugs.” There was a far sharper demarcation between “drugs,” which were bad, and “medicine,” which was good. Virtually no one predicted then that prescription medicine, in the form of opioids, would be the #1 menace by 2020.

Due to the recent rise of opioids, there is now more use of cannabis in sports, and less testing. In early 2020, Major League Baseball announced the abolition of testing for cannabis, in the wake of a player’s death from opioids mixed with alcohol.

With the prisons finally being drained of their cannabis “offenders,” we are all now in an age of relative enlightenment – at least regarding cannabis – and the dawning of a new day for a new type of hero.

But back in 2015, clear evidence of KD grabbing weed out of a gutter could have demoted him from heroic demigod to fallen angel (which doesn’t pay nearly as much).

So ask yourself: How could Durant or any other professional athlete – including those who are ripped to the gills during the games – control somebody like LeBron James, or Giannis Antetokounmpo, if they weren’t incredibly fit, strong, nimble, and clear-headed?  And how could all of these amazing athletes, with their incredible willpower, discipline and motivation, be unable to overcome their “addiction” or “dependence” on cannabis?

It’s possible, of course, that some athletes might be able to play even better if they weren’t stoned.  But don’t ever accuse Kevin Durant of that, at least not face-to-face.  He’s bigger than you.

Even in 2015, though, the environment for cannabis in sports was still light-years better than it had been 20 to 30 years earlier.  Around then, I wrote two books about the NBA – one on the Dream Team, and another about the Detroit Piston Bad Boys – and saw first-hand how severe the repression of marijuana was.  Cannabis was around – almost everywhere – but it just wasn’t mentioned.  Even Charles Barkley, with whom I spent quite a bit of time, wouldn’t talk about it, and Charles would talk about anything.

Not so ironically, though, the more cannabis was disparaged, the more it was valued.  The reaction to prohibition itself was creating a glowing aura around cannabis.

Almost every player I met in the NBA was smart enough to stay away from anything that could hurt his chances in the Association.  Plain and simple: They didn’t think that cannabis created any impairment.

That’s the only thing that can explain why so many athletes use cannabis shortly before games, when their luxurious livelihoods are on the line.  These jocks apparently believe that cannabis makes them play better, because it:

Former Dallas Cowboy Shaun Smith, who lasted nine seasons in the NFL meat-grinder, recently noted that “I smoked two blunts before every game.”

Matt Barnes, who played fourteen seasons in the NBA, has said that “All of my best games, I was medicated.”

Other players have been so vocal about using cannabis that they were tested almost endlessly.  Ricky Williams, a Heisman winner and pro running back, has said that he was randomly drug-tested in his home more than 500 times – so often that he became friends with the people who did the tests.

Martellus Bennett, who was in the NFL for ten years, surmised that about 89 percent of NFL players used cannabis, primarily to deal conservatively with injuries, rather than to undergo the more reckless but absolutely legal approach of using opioids.  The same goes for an estimated 52 percent of all pro athletes in all sports, according to the Washington University School of Medicine.

One reason for marijuana’s popularity among players in the NFL is because, according to Matt Barnes, it’s also popular among the league’s coaches, team presidents, general managers, and other presiding figures.  Even so, over a recent 15-year period, those executives still enforced 954 substance-related suspensions or fines, resulting in about $70 million out of the pockets of the players.

In the NBA, where use among players has been estimated at 85 percent, avowed cannabis users comprise a once-and-future All-Star team: Yao Ming, Kristaps Porzingis, Kareem Abdul Jabbar, Pau Gasol, David Robinson, Klay Thompson, LaMarcus Aldridge, and Zach Randolph.  It could be coached by Golden State’s Steve Kerr, who used it last year to help heal his back, with play-by-play from Bill Walton, who persuaded legendary UCLA coach John Wooden to allow him to use cannabis during an era in which life sentences for possession still existed.

For the older players in that group, cannabis use was practically a career-killer.  Former star point guard Damon Stoudamire was demonized for trying to carry cannabis through an airport metal detector – with his stash stuffed in aluminum foil.  That seems like a pretty stoned thing to do, but his team’s response was draconian.  He was immediately suspended by the Portland Trailblazers, and fined $250,000.

To put it in perspective, other members of Stoudamire’s team at that time, nicknamed the “Jailblazers,” were guilty of sexual assault, running a dog-fight ring, crushing a teammate’s eye socket, spitting on a fan, and badly beating a person with a pool cue, who was simply making a delivery (of cannabis).

Even in that context, the team president said that Stoudamire’s offense “cannot be tolerated,” and that “we are committed to changing this behavior.”

It looks as if he didn’t succeed.

Cannabis is back in the game, and looks as if it always will be.